People between 24 to 27 years are also being diagnosed with heart problems and a majority of those with these conditions are men.Recent data gathered by Agatsa, India’s most agile health solutions innovator, has revealed that Indians have a higher average resting heart rate of 83 beats per minute as against the desired 72. The results of data from over 70,000 ECGs taken on Agatsa’s SanketLife device has also revealed that the younger population below 40 and 60 years had a higher hear rate than those above 60 indicating increased stress levels in this age group. Another recent study conducted on over 18,000 participants in 35 Indian cities by the Indian Heart Study also reaffirms Agatsa’s findings.[1] 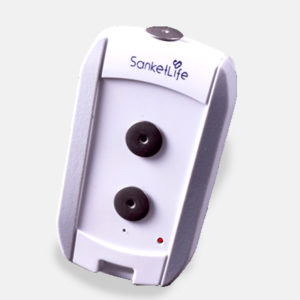 Studies[2] suggest that every additional increase in the rate of heartbeat is associated with a 1% and 2% higher risk of cardiovascular disease and coronary heart disease respectively. There is thus a need to create awareness around lifestyle changes and build a strong infrastructural foundation in the healthcare segment that can address the growing problem effectively. Besides addressing the acute shortage of healthcare providers and healthcare centres, India needs to build an effective technological base that can help deliver efficient and affordable healthcare to the remotest of areas. 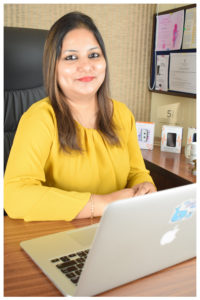 public health problem in India, affecting people across all walks of life. Our data indicates that stress among the younger population is emerging as a major cause for heart problems and thus there is a need for immediate lifestyle changes.There is a need to raise awareness on the fact that CVDs can affect people of any age group and technology such as those that help monitor vital statistics can enable timely diagnosis and prevention.” 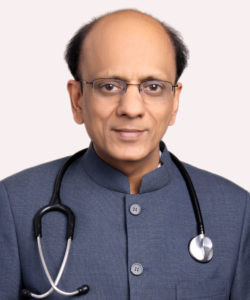 Adding further, Padma Shri Awardee Dr K K Aggarwal, President, Heart Care Foundation of India and Confederation of Medical Associations of Asia and Oceania, who was also a part of the study says, “Stress can lead to lowered heart rate variability which signifies a poorly-functioning heart with sympathetic predominance. People in the age group of 30 to 50 are increasingly susceptible to heart problems today given the fast-paced lifestyles and work stress. They also eat unhealthy food, smoke, drink and skip exercise, which are all behaviours linked to heart disease in the long term. There is a need to raise awareness on the impact of these habits and take timely action.”

The pattern of cardiovascular diseases (CVDs) also seems to be changing across the Indian landscape with an increased prevalence in Tier 3. While heart diseases have traditionally been thought to affect those in urban settings, SanketLife data reveals a different trend.The statistics gathered show that people as young as 24 years have heart conditions and about 88.5% of those with CVDs are men. About 11% of the SanketLife users are heart patients and 42.1% of the patients also have associated comorbidities like diabetes. What is alarming is the fact that the highest percentage of people in whom CVDs were detected belong to Tier 2 and 3 cities. Only 26.15% people in Tier 1 city were diagnosed with a heart condition. The same signifies unmanaged stress and possible faulty diet with high junk food.

Agatsa’s SanketLife leverages cutting-edge technologies such as Bluetooth, Mobile Apps, Cloud, IoT, and Artificial Intelligence to capture complete medical-grade ECG data on the go. In a short span, Agatsa’s products have recorded ECG readings for over 100,000 users and have been used by more than 6,000 doctors. Going forward, Agatsa is planning to introduce a wearable device offering early detection of 17 different diseases such as diabetes, epilepsy, obesity, anxiety and neuropathy, etc.