Unrealistic optimism may be behind breaking lockdown and curfew. The survey highlights that 60.5% of people are worried about the health of their family members, while 45.3% are confident that Govt. will handle COVID-19 pandemic situation. 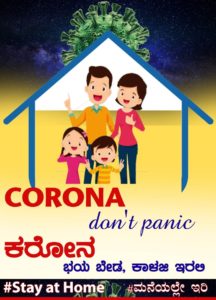 Ahead of curfew and lockdown to cut-down on COVID-19 pandemic’s spread, people have been found violating the norms of this effective deterrent. The violators’ judgement may be overpowered by the thought process like, such things happen in the cycle of nature over an interval and eventually vanish or I am young so nothing will happen to me, we Indians have very strong immunity and so on. A survey conducted on COVID-19 pandemic to know the optimism levels of the people around it has similar findings that quite resembles with the perception of the people in the current scenario, which is indicative of a cognitive bias called Unrealistic Optimism – when one is convinced nothing wrong will happen to them even in the face of facts.

As per the survey findings, 33.4% of people believe that it will subside soon whereas 21.5% believes these diseases keep coming and going. Additionally, 26.8% believe in destiny, what has to happen will happen and 17.4% thinks Indian have high immunity to fight such infection. With such a belief system and mindset, it is quite easy to cross the thin line between realistic and unrealistic optimism. This survey has been conducted under Healthy Nudge Initiative of HEAL Foundation – Indian Health Advocacy Group, in association with Counselling & Empowering -Enhancing Well-Being and Mental Health, to understand people’s perception of the impending danger of COVID-19. The survey has tried to find out people’s optimism level amidst COVID 19. 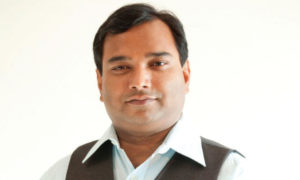 Suggestion for the above – Although the majority of participants had moderate to low optimism disposition levels, yet on being asked about the impact of COVID 19 on their optimism level the majority stated their optimism levels were not impacted by this outbreak as this was a hype created by the media and it will subside soon. “This survey brings out the thought processes, perceptions, levels of realistic optimism as well as unrealistic optimism of the people and their behavioural change around COVID-19 pandemic, thereby helping us in spreading the right information in the masses. If we see the grim scenario of the outbreak in the global backdrop and its exponential spread which took 67 days for the number of corona-affected persons to reach 1 lakh, and just 11 days in doubling the infected number, and merely 4 days in adding another one lakh, crossing the figure of 3 lakh virus infected. With so many reasons behind this, unrealistic optimism amongst the masses might be one of the leading reasons as a good number of responses of the people during the survey asserted that this outbreak is a normal thing, which will get over soon”, says Dr. Swadeep Srivastava, Founder, HEAL Foundation.

Adding further, he says, “The unrealistic optimism of the masses around the casual approach that this is a routine sort of thing might have resisted the people from social distancing, resulting in the havoc. But the result of the survey about unrealistic optimism also points toward the importance and the essence of social distancing, which has turned out to be the most effective preventive measure for COVID-19. Thus, the initiative is proactively doing its bit to keep the masses updated with the latest developments around the pandemic, and inculcating them to follow the preventive measures such as social distancing and healthy hygiene to cease its upsurge”.

The survey was conducted online with a gender-mixed sample size of 366 with a male & female ratio 46:54 from different parts of the country, majorly in Delhi/NCR. Globally recognised LOR-T form was used to asses people’s optimism disposition levels and then they were asked if there has been an impact on their optimism levels due to the COVID19 outbreak. Likewise, certain statistics of the survey also highlighted the unrealistic optimism of the people as 33.8% believed that such diseases come and go, so there is no need to worry as nothing is going to happen. In the same line, 17.6% believed that Indians have high immunity, so it’s a usual thing and not something that requires one to be extra careful or diligent. 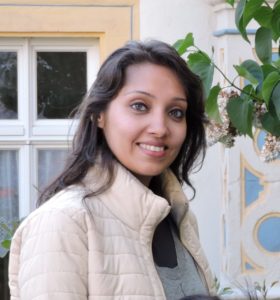 “In the survey, which consisted of participants who were adults belonging to the elite and upper-middle-class socio-economic category, when asked whether their optimism levels were affected by the outbreak of COVID-19 epidemic, over 57% of the total sample surveyed expressed that their optimism was not affected by the outgoing pandemic while 82% of the sample showed low and moderate optimism disposition levels. The results were very interesting from a behavioural perspective, because even in the face of all the panic and downfall in the markets, people dying and suffering; the majority of the participants in the survey was optimistic and expressed that their optimism levels were not affected by the COVID-19 outbreak.”, says Vidhi Mahanot, Psychologist and Founder, Counseling And Empowering.

She adds further, “Unrealistic Optimism is when one makes a judgement of a risk which is very different from the objective standard of that particular risk. This cognitive bias often leads to misplaced hope and subsequent disappointment.What could be consequences of unrealistic optimism in the current situation of the COVID-19 outbreak? It could lead to being less prepared, taking lesser precautions, not wearing a mask if one has a cough, not getting oneself tested while experiencing symptoms similar to COVID-19 as one believes that they are in a low risk or no risk situation. Growing research indicates that people with tendencies to hold the positive expectation from the future, respond to obstacles and adversities in ways that are adaptive. Hence, while it’s great to be optimistic, however, let’s be aware of being unrealistically optimistic by cultivating and maintaining optimistic disposition and at the same time considering the risks of actions from a realistic angle.