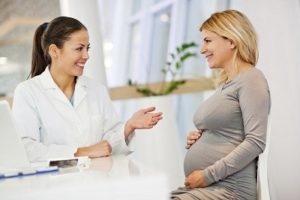 The first vaginal bacteria were described by Professor Albert Doderlein in 1892 and found to be large non-motile Gram-positive rods on vaginal smears that produced lactic acid which inhibited the growth of pathogens. In honour of his discovery, these organisms were originally termed Doderlein’s bacilli before being reclassified to the genus Lactobacillus.

In a healthy vaginal flora good and bad bacteria coexist in a state of natural balance and this balance between beneficial and harmful bacteria in the vagina is very fragile, with imbalance occurring if the vaginal pH is not acidic enough. The vagina pH should be between 3.8 and 4.5 for a healthy level of vaginal acidity. If the vagina is not acidic enough due to a shortage of lactobacilli, then fungi and “bad” bacteria are able to reproduce more than they usually would. The examples of infection that arise in this way are vaginal thrush (caused by overgrowth of the fungus Candida) and bacterial vaginosis (caused by overgrowth of “bad” bacteria e.g. Gardnerella vaginallis).

The good bacteria i.e. Lactobacillus potentially inhibits the pathogens in a direct manner by producing various compounds such as lactic acid, biosurfactants, hydrogen peroxide and bacteriocin. In addition, they promote the integrity of the epithelium through stimulating mucus secretion and regulate the immune cells through inhibiting the bacterial and fungal pathogens.

A normal and healthy vaginal ecosystem is maintained by lacto-bacilli that secrete lactic acid and hydrogen peroxide resulting in a vaginal pH < 4.5 which protects against the overgrowth of anaerobes that thrive in an alkaline (high) pH.The acidic pH of the vagina helps to control bacteria and prevents the overgrowth of infection-causing anaerobes and other unfriendly pathogens, such as Gardnerella vaginalis, Prevotella Bacteroides and Mycoplasma hominis, which prefer a higher pH. This acidic environment provides an effective natural protection for the vagina against infection and irritation as the majority of harmful micro-organisms cannot survive at a low pH. When vaginal pH is imbalanced, it is most likely that we notice an unpleasant odour, irritation and discharge of the vulva which are signs of an imbalance of vaginal flora due to bacterial or fungal infection.

It is necessary to avoid these factors to avoid alteration of vaginal pH and support the growth of protective lactobacilli, while cleansing of intimate area, it is important to select an intimate wash that is free from harsh chemicals and contains lactic acid as an active ingredient.Current offerings of intimate washes in the Indian market are chemical based productsand using such products for sensitive intimate skin could be harmful.

They usually contains sodium lauryl sulphate  (SLS) and Sodium laureatesulphate (SLES) that kill both bad and good bacteria and some do not contain lactoserum and lactic Acid that supports the growth of protective lactobacilli. These brands also lack scientific data in the form of carefully designed clinical studies. Hence, their safety and effectiveness could be suspect.