The four year old donor had been suffering from prolonged, irreversible seizures, which led to a cut off in the oxygen supply to the brain, thus causing brain death. Not many people are aware that even young children can be potential donors for those who are in need of organs. Despite the tragic loss of their child, his family readily agreed to put up their child’s organs for donation in order to save Sadanand’s life, forever commemorating the child’s life in the hearts of many. Although the procedure is surgically challenging, doctors emphasize the need for more awareness on pediatric organ donations to help improve the deceased donor donation rate in India. 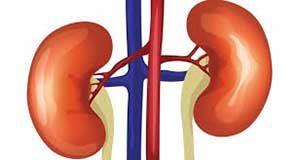 “The difference in the size of the donor’s organs and the recipient’s body makes the surgery a challenge as the blood supply to the kidneys could shut off. In order to avoid blood clotting, we continuously gave blood thinners to the patient. Also, only transplanting one kidney would not be sufficient for the receiving patient who is an adult, therefore we have to transplant both kidneys,” said Dr Govardhan Reddy, Lead Consultant- Urology and Uro Oncology, Aster CMI Hospital.

“Only about 4 such cases have been conducted in India so far and around less than 10 in the world, the patient, Sadanand, had lost both his kidneys to diabetes and had been waiting for 3 years for organs to become available. While he was managing his condition through regular dialysis sessions, it was vital for him to undergo a kidney transplant. He was working with a bank when he got registered for a deceased donor transplant and is a father to a daughter who is still pursuing her studies. The surgery was successful and Sadanand has recovered and is back to normal life, said Dr. Vidyashankar P., Lead Consultant – Nephrology, Aster CMI Hospital.