Organic food – A healthy way of life. In today’s world where every individual is prone to be suffering from one or the other health condition, maintaining a sound health becomes of prime importance. With so many people being deprived of high quality life, the number of individuals encountering dreadful diseases has gone up outrageously. The underlying reasons for this doleful scenario are the degraded lifestyle coupled with poor nutritional intake. In the wake of the current situation, the need for consuming high quality nutritious food has become vital.

With people becoming more cognizant about their health, shifting to organic food seems to be a preferred step by many. According to a report by ASSOCHAM , “The current market size for organic food products is US$533 million, exhibiting 17% growth in 2015. Also, metropolitan cities have witnessed a 95% increase in demand in the last five years.” Organic food, which is now a synonym to healthy eating, is produced by the natural process without adding any chemical fertilizers, pesticides and by not disturbing the natural cycle. The organic food industry not only guarantees to be chemical-free but also avoids Genetically Modified organisms.

On the contrary in conventional farming, fertilizers and pesticides are used to produce and quicken the growth of crops. The extensive use of chemicals cause variety of pollution and severe health diseases like asthma, autism, learning disabilities, birth defects, reproductive dysfunction, diabetes and several types of cancer. Hence it won’t be incorrect to say that switching to organic food is equivalent to raising voice against large chemical production houses and that have filled food and fields with pollution, hence disturbing the environment as well as our health.

We can’t deny that organic food is bursting with nutrients and benefits which would have generally been destroyed or lost due to the use of artificial chemicals and pesticides. The use of pesticides and chemicals in conventional farming methods reduces the concentration of antioxidants, vitamins and minerals from the food, making it unfit for consumption.

The term, ‘Conventional food’ is as wider as its disadvantages. It not only considered for fruits and vegetables, but also involves the dairy product that everyone loves to consume. The harmful chemicals are given to the animals too for fast production which ultimately harms the one consuming the dairy products.

It’s hard to live a healthy life by consuming conventional foods hence organic foods have become the urge of today’s generation. It is one of the purest and natural products which one can consume.  Besides, health benefits, the process of producing organic food i.e. organic farming, also helps to maintain the ecological balance and promotes the biodiversity. It is healthy for the environment, bird and animals who feed on these crops. Other advantage of consuming organic food is that it is often fresher as no chemical is used to keep it fresh and depends completely upon the sustainability of fruit itself rather than any chemical.

The conjecture after analyzing the conventional food and organic food is clear that organic food must be a part of our healthy diet. It is the simplest key to the prevention of numerous diseases. Organic food must be included in the lifestyle from the childhood so that the body gets proper nourishment and nutrients from the correct age. Besides nutritional value, practicing Organic farming will be a safer move for the environment, birds and animals and will benefit entire ecosystem. 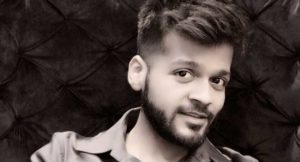