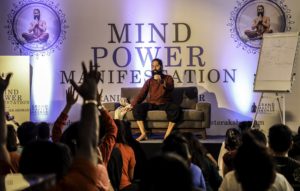 Bengaluru: Led by Grand Master Akshar,Mind Power Manifestation a 3-day event that was organized for the well-being and overall development of a person. The focus of manifestation is to bridge the gap between our desires and reality,its purpose is to share and spread positive vibrations that empower people to lead a fulfilled life. This can be achieved through the combination of yoga, asanas, Pranayama, specific meditation techniques, and most importantly manifestation.

Held at Sheraton Grand Bangalore, the event witnessed participation from people around the world.The attendees received tools for manifestation through intense training sessions of up to 9 hours on each day as led by Grand Master Akshar. The event was hosted for the benediction of all age groups from teenagers to senior citizens. The main part of the event was concentrated on the practice of meditation with clarity. 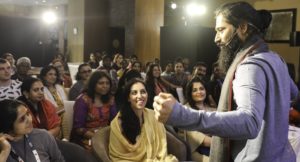 Grand Master Akshar envisions a world that experiences bliss and a sense of fulfillment. This can only be realized if Yoga’s potential is recognized and its practice occupies a seat of a more permanent nature in our lives.Along with many other activities, Grand Master Akshar shared the technique of ‘Siddhoham’ consisting of 5 steps to help gain power of the mind, build the physical body and achieve command over one’s life. Grand Master Akshar wrapped up the retreat with his enlightening words and said, “We all have the potential to generate optimism and remain motivated. It is only by staying inspired that success comes.”

Many of those who attended were overjoyed, and shared their experiences with each other. Gaurav Tiwari, an IT professional shared the stories of transformation that occurred to him due to Mind Power Manifestation. He experienced an ability to manifest energies, greater will-power, an enhanced intuition, and an improvement in his mediation practice. Another practitioner Shwetha Somshekar was delighted that her colleagues who suffered from insomnia noticed a marked difference in their sleep cycles after the second day of the MPM event. These were some of the experiences shared by the attendees.