How safe are the vegetables, fruits we eat? Over 50 per cent of food products are contaminated with pesticides residue. Most of the pesticides are lethal poisons which cause cancer, fertility problems, brain tumors, childhood leukemia, birth defects etc…

How safe are the vegetables and fruits available today? Not very, it would seem. It is estimated that over 50 per cent of Indian food products are contaminated with pesticides residue. And a substantial percentage of these contain residues above the tolerance levels.

Indian women have been found to have unacceptable amounts of pesticide residues in their breast milk. Even the new born is not spared from day one. The WHO estimates that two million people get poisoned by pesticides annually.

The vegetables such as – cauliflower, tomato, bitter gourd, leafy greens, and  fruits such as grapes, banana, oranges and apples were also found to be contaminated. Pesticides penetrate the water, soil, plants, animals and humans. They enter the human body through the skin, respiration or through food products. They are present not only in plant products but also in meat and dairy products. Today, India annually spreads over 1.60 lakh tonnes of pesticides in its fields to cover around 200 million hectares of cultivated area. However, compared with other countries, the level of contamination in India was high following haphazard use, lack of proper intervals between doses and administering more than the recommended dosage.

High levels of pesticide residue were detected by the Directorate of Health Services in vegetables available at different outlets in Indian cities. The Supreme Court, a few years ago, issued notice to the Centre on a plea for a ban on the use of pesticides on vegetables, fruits and other food products. The petition was filed by an NGO expressing concern over the alarming levels of pesticides contamination in the country. The NGO stated that 36 pesticides and insecticides banned in the developed countries were being used in India. It demanded the setting up of a body to prescribe maximum residue levels, according to international standards.

It is difficult to identify the source of contamination. However, some simple processes such as washing in running water, peeling, boiling and cooking will ensure that food is free from pesticides to a large extent.

A study by the Indian Council of Medical Research (ICMR) on milk samples from cows and buffaloes came out with shocking results: 85 per cent of the samples had pesticide levels above the acceptable level. As cows and buffaloes chew on agriculture waste, they end up consuming pesticide residues.  Another ICMR study found large amounts of pesticide residues in fruits, vegetables, pulses, grains, wheat flour, eggs, meat, fish, poultry and milk. Children are more vulnerable to the effects of pesticide exposure because their internal organs are still developing and maturing. Pesticides attack the human immune system at different points. It could result in numerous life threatening diseases like cancer, respiratory ailments, skin diseases, kidney failure, impotence and ulcers. However, the government does not think it necessary to ban dangerous pesticides that are today banned in most parts of the world. Apart from this many pesticides banned in India are still used illegally to reap good harvest.

Leaving chemicals off your plate

Traditionally India was completely organic in its farming method, until we were taken over by the western influences. When there is a greater demand in the market for colourful, juicier and big tasty fruits and vegetables, the farmers are under pressure and they have to rely on using fertilizers and chemicals to make their crop superior and bountiful. Chemical pesticides and herbicides have been linked to birth defects, diabetes, obesity, Attention deficit hyperactivity disorder (ADHD), and other health problems. Furthermore, the rate of occurrence of pesticide residues was found to be 4 times higher in conventional crops than organic crops across region. We cannot limit ourselves from exposing to the toxins in the environment. But we do have a say in what food we eat. Each time you choose organic products, you choose to leave chemicals off your plate.

Of late, public and decision-making authorities have been promoting organic farming to reduce hazardous of pesticides. However, organic food is admittedly more expensive and government has to take more steps to promote organic farming which is the need of the hour. 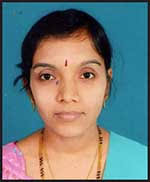