It is evident to the common man that the tobacco epidemic is real and a major public health challenge. Several reports attribute tobacco for the death of one person every 4 seconds. It continues to kill over 8 million people every year, despite a steady reduction in tobacco use globally. World No Tobacco Day 2019 (May 31) 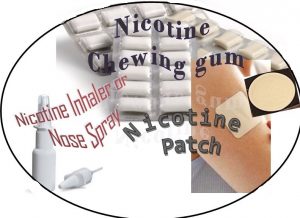 While speaking of the numerous ways in which tobacco is murdering us daily, its relationship with cancer undoubtedly tops the list. Tobacco smoking is the most common cause of lung cancer, causing roughly 1.2 million lung cancer deaths every year. Tobacco is deadly in any form and threatens the lung health of everyone exposed to it. Every year, more than 1 million deaths take place because of second-hand smoke. Apart from lung cancer, tobacco smoking and exposure to second-hand smoke are also major risk factors for chronic obstructive pulmonary disease (COPD), tuberculosis (TB), asthma, etc. The millions of deaths caused by tobacco-related respiratory disease are distressing, but even more distressing is the tremendous suffering caused by these illnesses, affecting the quality of life of people of all ages. 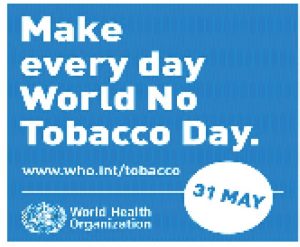 While the campaign this year aims to raise awareness on the harmful and deadly effects of tobacco use and advocating for effective policies to reduce tobacco consumption, it needs to be collective social effort across multiple sectors in the fight for tobacco control. Specifically, it is important to implement and enforce the most effective tobacco control policies aimed at reducing the supply and demand for tobacco. Limiting or taxing access and high- touch awareness campaigns to make tobacco unappealing to the younger generations are imperative in this fight against tobacco.  This could change the paradigm. The next generation should ask: “what do I gain from enjoying tobacco?” versus “what do I lose from using tobacco?”

In our fight against lung cancer, prevention is the surest weapon.  Tobacco is one of the oldest known carcinogens, which means its ability to cause cancer has been clearly studied and proven.  There is no excuse to allow its use and sympathize with its deadly impact of cancer.

This World No Tobacco Day, let us ask not only of the cigarette and bidi smoker and consumer of paan and gutkha, to use their sheer willpower and give up tobacco once and for all; let us also ask the manufacturers, marketers, and distributors of tobacco to redirect their business once and for all.