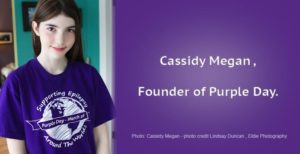 Epilepsy is a central nervous system (neurological) disorder in which brain activity becomes abnormal, causing seizures or periods of unusual behavior, sensations, and sometimes loss of awareness.Purple day is an international day dedicated to increasing epilepsy awareness. Every year march 26, people around the word wear purple and host events to raise awareness of the condition. Purple day is an international grass roots level effort dedicated to increasing awareness about epilepsy worldwide started in the year 2008 by a known epileptic patient 9 year old girl by name Cassidy Megan of Canada and Epilepsy association of Nova Scotia. More than 65 million people effected by epilepsy globally, it is estimated that in every 100 people have epilepsy and out of these 50% of cases , the cause is unknown.

Why purple colour for purple day? 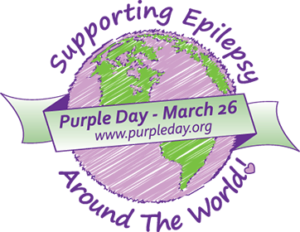 Lavender is the international colour for epilepsy and also a colour that symbolize solitude , which is representative of the feelings of isolation and loneliness that people suffering from this condition often feel. This led to purple being the colour of choice for this celebration. The very mission of purple day celebration is to educate the public and create awareness not to fear epilepsy. The goals of celebrating is to dispel myths , give hope,promote education, help employment, facilitate marriage and overcome epilepsy.