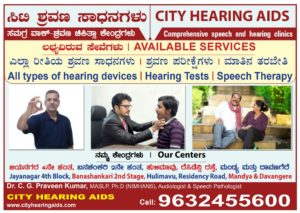 Hearing loss or hearing impairment is a partial or total inability for one to hear. A deaf person has little to no hearing. Hearing loss may occur in one or both ears. In children, hearing problems can affect the ability to learn a language and in adults it can cause work related difficulties. The World Health Organization (WHO), states that even as the incidence of hearing impairment among children is increasing at a faster pace, around 60% of it can be prevented by immunization against various diseases, controlling noise pollution and regulating use of certain medicines.

In India, as per the 2011 census, hearing disability was the second most common cause of disability after locomotor disability.

Universal Newborn Hearing Screening (UNHS) is a medical procedure for early detection of congenital hearing loss. This test is vital in order to detect hearing impairment in newborn babies and to ensure early intervention. Hearing is often treated as a low profile disability (as it cannot be seen), and this results in low awareness of this disability. Four out of every 1000 infants are born with or develop disabling hearing loss in early childhood. Approximately, 100,000 children born each year with severe to profound hearing loss. Besides, children with mild to severe hearing impairment also suffer from social isolation and stigmatization.

There is a clear consensus that hearing screening and intervention at an early age improves later speech and language development outcomes and these, in turn, should lead to improved socioeconomic prospects in adult life. While UNHS has been made mandatory in developed countries, India still has not included it in the list of mandatory health screening procedures for newborns. Parents identify hearing loss in their children much later during language learning and comprehension; if identified early, as through an UNHS programme, intervention is much more effective. Delays cost children up to 24 months in cognitive development. By contrast, children in countries where UNHS is implemented are able to take corrective measure through early intervention by as low as six months.

Early intervention has significantly lowered the age of diagnosis of hearing loss in children. Studies have also shown that targeted screening of high-risk infants misses half the babies that the UNHS would have identified. Screening had reduced the age at which infants receive hearing aids, from 13-16 months to 5-7 months in developed countries.To be really effective, screening needs to be coupled with an early intervention program, without which there would be no benefit in early diagnosis.

The cochlear implant technology can help people who have moderate to profound hearing loss in both ears and receive little or no benefit from hearing aids.Many people have cochlear devices in both ears (bilateral). Listening with two ears can improve ability to identify the direction of sound and separate the sounds one wants to hear from those one doesn’t.

Many people suffer from hearing loss because their hair cells in the inner ear or (or cochlea) are damaged. The cochlear implant enables the sound to be transferred to your hearing nerve and enables you to hear.

The process is described below:

The implant’s electrodes stimulate the cochlea’s hearing nerve, which then sends the impulses to the brain where they are interpreted as sound. 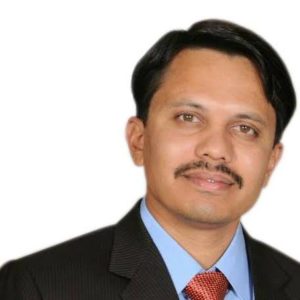