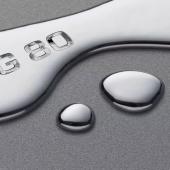 Are you unknowingly choosing toxicity for your child? Yes, — Dental restorative material prepared by mixing liquid mercury and an alloy, may cause health problems, specifically among pregnant and children.

Majority of the people visit dentists, only when their problem is severe enough to have a dental appointment. One such condition is dental caries, which is the tooth decay or cavity due to breakdown of teeth as a result of bacterial activity. Over the years Dental amalgam has been used across populations as material of choice for dental restorations.However, researches over the years have established that, this dental restorative material which is prepared by mixing approximately equal parts of elemental liquid mercury (up to 50%) and an alloy powder, has the potential to cause health problems, specifically among pregnant females and young children(below 15 years of age).

Use of mercury in dental amalgam makes it  unfit to be used in oral cavity, owing to the fact that mercury is an extremely toxic metal and a 2005 World Health Organization (WHO) report acknowledged harmful effects of mercury exposure, including areas of risk specifically linked to fetuses and children: “Adverse health effects from mercury exposure can be: tremors, impaired vision and hearing, paralysis, insomnia, emotional instability, developmental deficits during fetal development, and attention deficit and developmental delays during childhood.” 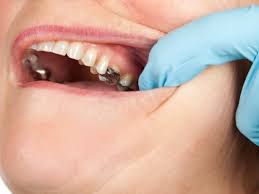 Unfortunately, over the years due to lack of awareness, parents across the globe have been choosing mercury toxicity for their children; by either opting for amalgam fillings in their children’s cavities or in some cases, by opting to get amalgam fillings when they are pregnant and thus passing on the toxicity. Several studies, over the years, have tried to document the impact of dental mercury to pregnant women, fetuses and children. These findings point out:

The use of alternative materials such as adhesive composite resins, glass ionomer cements ceramics and gold alloys is increasing, either because of their aesthetic properties or in response to perceived health concerns related to the use of dental amalgam.Amalgam alternatives, especially the ones used in indirect restorations, have been known to have a good survival rate and, in general, they require less removal of healthy tooth material than amalgam, which requires that a large space is made for the filling. This helps the tooth structure in the long run.

Besides, dental practices are also known to release large amounts of mercury in the environment, thus becoming a big pollution source. Mercury from dental amalgam can end up in the soil, atmosphere, surface water and ground water through several routes, including wastewater discharges from dental practices, and emissions to air and soil resulting from the cremation or burial of individuals with dental amalgam fillings. Mercury from these sources come back to poison us through the air we breathe or the food we eat.  In fact, mercury is known to bio accumulate in fishes and landing in our stomachs, when we eat them!

So, on your next visit to dental clinics, ask and choose mercury free alternatives and protect yourself and your child from all the possible effects of mercury toxicity.Make a healthier choice for your child, for yourself and for the environment.